We’ve all been there. Those times when you are lost on a dry ice blanketed dancefloor; the dense fog coloured with spherical hues of greens, pinks and blues, where human shaped silhouettes undulate haphazardly like distant waves on the horizon. Then that moment happens; something cuts through the system like a shot of sorbet directly down your spinal cord. The confusion lifts, the haze turns to clarity and suddenly you see your fellow audience with fresh eyes, all synchronised in movement at the most primal level.

That moment, right there, is LUCIDFLOW.

Since 2009, Nadja Lind and Helmut Ebritsch have helmed the Berlin based imprint, an outlet for their own creations—either together as KLARTRAUM or in solo form—and for those who share an affinity with their vision; deep without being languid, direct without being obvious.

Just go and cast your eyes over the Lucidflow back catalogue. Go on, we’ll still be here when you get back. Impressive isn’t it?

Passing the 250st digital EP in 2022 and 10 vinyl releases plus countless digital albums, Lucidflow is not purely devoted to the standard format of releasing music; regular podcasts invite friends and admired artists—including the likes of Scottish heavyweights Slam and Techno maestro Robert Babicz—into the fold, regular videocasts give a window into the world of the Commander-in-Chiefs. (https://Klartraum-Music.com and https://NadjaLind.com)

Talking of fat, Lucidflow is fattening. So much so that a little blob has fallen off started to resemble a shape that looks very much like a BRAND NEW RECORD LABEL. I know, I know, shock faces all around. We are calling it im-moral spreading darker edged Dub and Techno and Sofa Sessions for the deeper, lounge- and chillout shaped joy to you all. 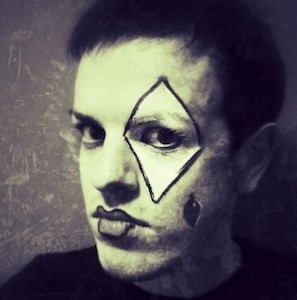