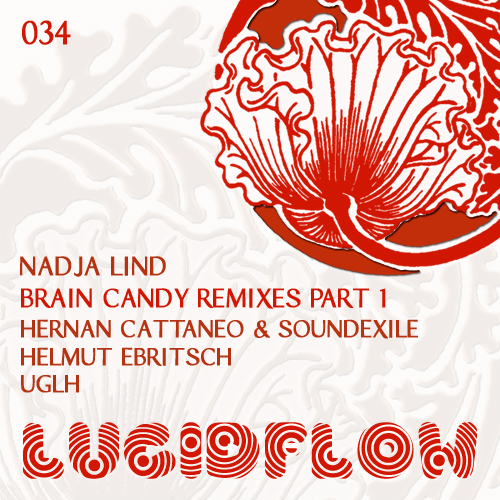 BEATPORT http://www.beatport.com/release/brain-candy-remixes-pt-1/940508
PRESS RELEASE (release date 8.8.2012)
Nadja Lind may be riding on the crest of the recent release of the Klartraum album Secret Moon, but this doesn’t mean there is any time to be resting on some considerable laurels. Nadja’s solo album from last year, Brain Candy, will be coming up for its one year anniversary on 22nd October 2012, and what better ways to celebrate this than to bake a cake, call in a selection of proven and quality producers for some remix duty, and get them to decorate the release with their various sparkly bits.

This emphatic scattering covers most of Nadja’s favourite producers, whose releases can be found punctuating her vinyl collection in the basement at Lucidflow HQ. There were actually rumours that they had all been locked in this basement, with basic rations, until the remix work was complete. Although the (slightly less sinister) reality was that they jumped at the opportunity with wide eyed glee! The result is practically an entire record collection all under one release.

Now, before you all drag out your sleeping bags and sit pressing F5 until the internet tells you that this release is available to buy, the first of many tasters is due to hit on 8th August 2012. An EP so delicious you can feel it inserting calories directly into your body via your eardrums: Brain Candy Remixes Part 1. Luckily, the material provides the perfect excuse to shake off any excess podge rolls.

The “dub with pump” that is A Choice (where the choice in question appears to be a rather straightforward “dance or dance?”) appears in original album form, with Klartraum partner-in-crime Helmut Ebritsch stepping in with a remix. Helmut’s touch gradually peels away the outer layers of dark dub, to reveal a sprightly centre of bright synths and micro vocal samples, all set to a heartbeat march of bass and beats.

Hernan Catteneo needs little introduction; his early beginnings with Perfecto branched out into appearances on Bedrock, Deep Dish’s Yoshitoshi offshoot Shinichi, all resulting in a residency at The Gallery @ Ministry Of Sound and electrifying production relationship with studio partner Soundexile. As long time supporters of Lucidflow, it was a perfect opportunity to lend their trademark light, melodic and flowing productions skills to Limbus, taking the introspective original and floating it through the skies.

UGLH pick up the baton by plucking this breathy groove out of the clouds, diving straight down underground and turning in an robotic disco funk remix of The Preach. It’s easily the sort of sound that the likes of Digweed use to shake basements like Fabric and his own Transitions series on regular occasion. With productions littering 8bit, Great Stuff, Noir Music, CR2, Monique Music, plus an existing remix of Klartraum’s Growth under their belts, maybe we shouldn’t be too surprised at the quality of UGLH’s waveforms. This is, unless, you are the sort of person who is surprised each day at grass being green and concrete being hard. If so, you are in for repeated treats.
Just to push you to full to bursting status, there is another chance to relive the original demented and twisted skip of The Preach, containing all those devilish noises your mother warned you about in six minutes of microcutting delirium.

Digest, enjoy and don’t accept semi-skimmed beats as an alternative, indulge in the naughty stuff. 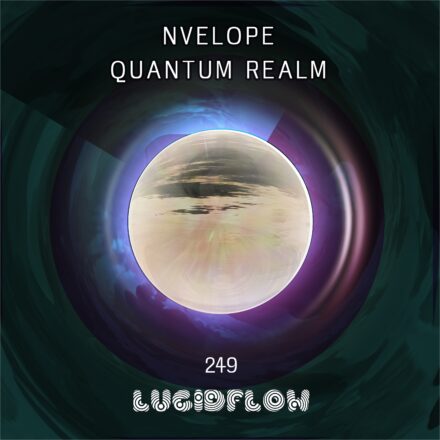 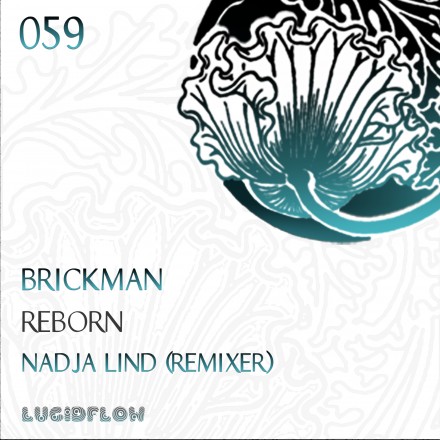 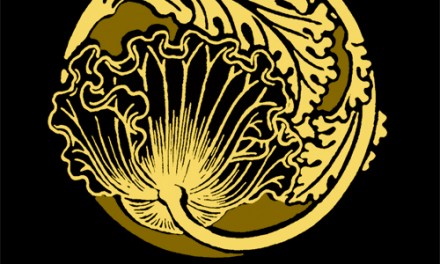 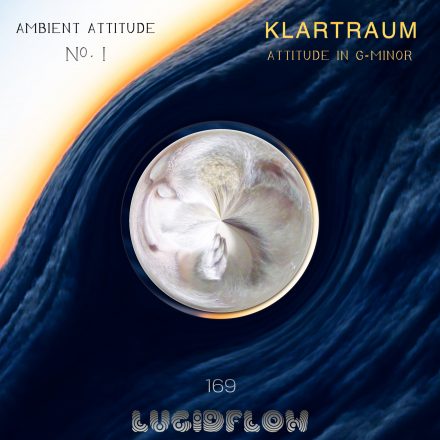